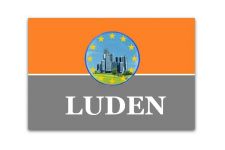 LUDEN is a network of towns promoting the integrated approach to the revitalisation of disadvantaged areas, with the involvement of politicians, technicians and local residents in that process. It is one of the longest established networks in relation to the theme of urban regeneration. and remains committed to being at the leading edge in relation to the changing realities experienced by regeneration areas.

LUDEN was established in 1989 in order to represent the interests of towns/cities which face a number of multiple challenges whilst also offering new opportunities in terms of Urban regeneration. Previously known as Quartier en Crise – European Regeneration Area Network (QeC-ERAN), it has played a strategic role in the development of programmes linked to structural and cohesion funds and is one of the key players in the URBACT programme, which seeks to capitalise the good practice, which the URBAN programme has generated. The organisation changed its name in 2010 to become Local Urban Development European Network (LUDEN) that better describes the internal work done within the organisation by the secretariat and with its members. Composed in 2011 of 17 members throughout 24 EU Member States, mostly cities, LUDEN seeks to better represent medium-size cities in Europe, help them connecting with EU policies and producing quality European Projects.

What are the objectives of LUDEN?

LUDEN has a number of key objectives:
•    Developing programmes/projects which facilitate the exchange of experience and practise between such areas.
•    Supporting initiatives based on greater participation of targeted groups.
•    Promoting joint up working and thinking between local authorities and other key agencies, and in particular local NGOs.
•    Undertaking research and evaluation in order to impact on existing and future Urban regeneration policies/programmes.
•    Representing the views and needs of such localities within EU and EC groupings and networks.
•    Creating a network which constitutes an European "think tank" regarding the issues of diversity, integration, social and economic exclusion and urban regeneration

LUDEN has an extensive track record in several European projects within the following EU Programmes:

20 Years of existence provided the organisation with more than 50 EU projects that were jointly managed by QeC-ERAN and its members. Also, adapting to the new technologies, LUDEN has followed an in-depth reshaping the way of communicating with its members and also no how managing EU projects by using new IT tools. In that perspective, LUDEN provides nowadays add-on tools such as the creation of websites, social media groups, webconferences and webcasts as powerful dissemination tools. Construction of new projects are in line with the use of Internet as a strong channel for evaluating, monitoring and disseminating the results of projects.

British/European Pakistani. M.Sc (Econ) in Management studies and Industrial Relations and Ph.d in Public Policy and the Labour Market at Cardiff University College. Haroon Saad has developed most of his experience in the public and third  sectors. He has worked for several European City Councils, such as Southeast Amsterdam City Council, as Head of Social and Economic Renewal; at Birmingham City Council as Head of Equalities; at Southwark Borough Council as Head of Services and Equality; at Avon City Council as Head of Youth, Community Development and Equal Opportunities. Since 2003  has been the Director of QeC-ERAN since 2003 (nowadays called Local Urban Development European Network – LUDEN). LUDEN is a network of cities and Ngo’s where he is responsible for developing and managing  EU projects linked to local urban development. He has worked extensively in several EU programmes, INTERREG, URBACT, PROGRESS, INTEGRATION FUND, LIFE LONG LEARNING,EUROPE FOR CITIZENS, FP 5 , 6 and 7. Haroon is a doctor in social issues and hold several Master in the above thematic.