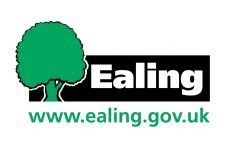 Ealing Council serves the residents and businesses of London's third largest borough, which is located in the heart of west London.

The council provides dozens of different services, from disposing of abandoned cars to running the Brent Lodge Animal Centre.

Local elections are held every four years to select 69 councillors who, between them, represent 23 wards across the borough. In May 2010 the borough elected the following representatives:

Councillor Julian Bell is the Leader of Ealing Council and Martin Smith is the council's Chief Executive.

Ealing Council puts the needs of our 320,000 residents above all else and the council's five priorities reflect the issues that matter most to local people. We are committed to improving services, our performance and ensuring value for money in everything we do.

Young people in the borough are better qualified at age 16 than both the national and London average; there are fewer unauthorised absences at schools than both the London or England averages; and they are more likely to go on to achieve a degree level qualification than either the regional or national average.  However, there are significant differences between different wards in the borough, with achievement in some being well below national averages, and there are significant variations in success post-16 depending on which schools or training providers young people attend.

Deprivation levels within Ealing, and the numbers of young people defined as living in poverty, are both higher than the national averages.  However, as above, this masks very significant differences between wards and especially super output areas, where a number of wards are in the 10% most deprived in the country and others significantly better off than national averages.  Schools census data from 2009 in the borough show that 76% of pupils in secondary schools are classified as being from a minority ethnic background, and 47% do not have English as their first language.  25% are entitled to Free School Meals, twice the national average.

The Council’s Connexions service provides information, advice, guidance and support on a very wide range of issues to young people aged 13-19 and to their 15th birthday for some young people with disabilities and their parent or carers – particularly Young People Not in Education, Employment and Training (NEET). Work includes many projects, examples are: the summer arts colleges programme (96% achievement, winner of innovation of the year 2007 for largest drop in crime across London), V-Talent (youth volunteering scheme), GRT Project (Gypsy, Romany and Traveller project (600 families) and Yourzone (opportunities for young lesbian, gay and bisexual people and those unsure of their sexual or gender identity to meet and socialise).

One of the key targets for Connexion services nationally is reducing the proportion of young people that are NEET. The mean 16-18 NEET figure in Ealing between November 2009 and January 2010 stood at 4.9%.

To ensure that this position is sustained, the Council will continue to:

The NEET Operations group meets monthly to ensure that we continue with integrated working between the various Connexions Service agencies and other partners resulting in effective work with young people that are NEET and Not Known. Tracking strategies are developed and open discussion of potential issues relating to the tracking of clients allows us to put in place effective methods of support.

LBE is the lead partner of the £2 million New Pathways into Work project. The project is funded under the Active Inclusion theme of the ESF Trans-national programme, focusing on priority 1 – extending employment opportunities. The project is working with partners in Italy and Romania.

LBE is the lead partner of a Progress Social Experimentation project (value = €436k) which aims to tackle speech, language and communication problems which have a higher prevalence amongst the youth offending population. Project partners include the Royal College of Speech and Language Therapists and partners in Milan, Italy. A national research panel is overseeing research and includes representation for the national Youth Justice Board.