The overall aim of this project is to establish a thematic exchange network of public and private local actors working with or for migrants around the issue of health and poverty.

A transnational exchange programme will be established. It will facilitate transfer of data, experience, good practice and policies and also will provide tools and knowledge for the empowerment of local actors in the fields of developing better approaches to poverty and health inequalities among migrants.

To reach the above overall aim, the project has the following specific objectives:

The project will also provide a possibility to sustain engaged work through the community of practice which will be established on the back of the on-line platform. 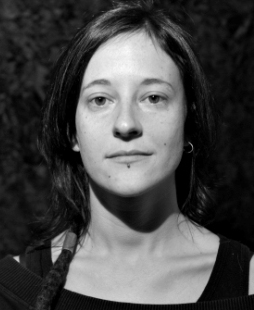 Co-ordination of the project

2010 will be the Year against poverty and social exclusion. The European Commission has announced a series of actions to help Member States and other actors to tackle the gaps in health and wealth which exist between and within countries in the EU where 78 million people live in poverty.

Health, Poverty and Social Exclusion are strongly inter-related concepts. Health is not only the absence of disease but a state of complete physical, mental and social well-being.

Everyone coming to Europe should benefit from high level of protection of their health in different aspect. The health of the population is critical to economic performance. Net migration into Europe is increasing, and is now the largest component of population change.

From IOM organization, the number of migrant population in Europe in 2010 will be 69.8 million, 9.8% of the area's population

The Council Conclusions on a Common Agenda for Integration of December 2005 underlined the need to further enhance a common approach to integration policies and measures 4 . In addition, in the Council Conclusions ona Comprehensive Migration Policy, of December 2006 5 , the link between legal migration policies and integration strategies and the need for further measures to strengthen this approach were underlined.

In May 2007, an Informal Meeting of EU Ministers Responsible for integrationtook place in Potsdam, Germany. The following Council Conclusions on the strengthening ofintegration policies in the European Union by promoting unity in diversity of June 2007 6 stress the need to promote a global and coherent approach to integration policies, migrant flow management and co-operation with the countries of origin, as well as the complementary linkage between migration and integration. A Third Annual Report onMigration and Integration 7 , published in September 2007, analyses changes and describes actions taken on admission and integration of third-country nationals at national and EU level and provides an overview of policy developments. A Summary Report on Integration Policies and Recent Developments in the EU-25 was attached as an annex to this report.

The idea that integration is a dynamic two-way process involving both immigrants and the host society, and the need to continue to strengthen the managing of diverse society, were also emphasised. In this respect, the role of local stakeholders, including, in particular, local governments and cities in designing and implementing integration programmes was underlined.

Within this context, in order to reflect the integration strategies agreed in these policies instruments, and taking into consideration discussions within the framework of the network of National Contact Points on integration, the 2008 work programme identifies a number of priorities and objectives to be pursued through Community actions. Recommendations for successful policy initiatives, resulting from the two editions of the Handbooks on Integration for Policy-Makers and Practitioners 8 , have also been taken into account.

The project will also provide a possibility to sustain engaged work through the community of practice which will be established on the back of the on-line platform.

The project would have the following outcomes: